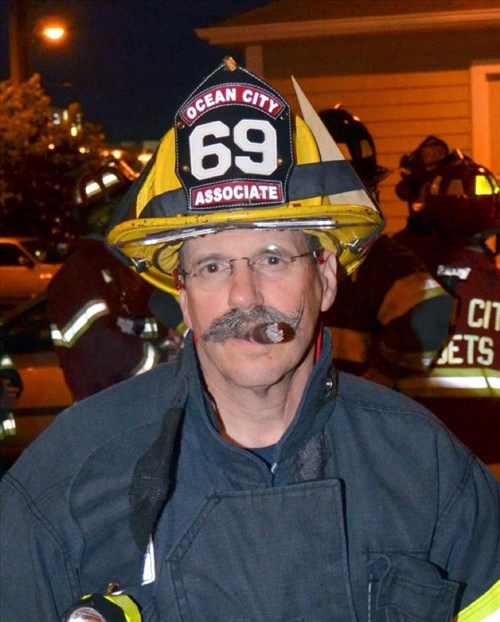 Tony Villani basically grew up in the OCVFC. His father, the original "#69" was an active member of 55 years and Capt. of "old No. 6 - a 1949 American LaFrance/Ford Engine. As a child, Tony's dad routinely threw him in the cab of many an engine and off to fires they went. Tony was one of the first "mascots", and was a Cadet from 1972 until 1976 serving as its Secretary/Treasurer and Statistician for 3 of the 4 years. In 1976 he went off to college and into law enforcement, having worked for OCPD in the summers of '76 through '79.

In 1980 he was appointed as a sworn officer with the United States Capitol Police in Washington, DC. He is a Distinguished Graduate of the Federal Law Enforcement Training Center in Glynco, GA. He served on the House of Representatives Division, Planning Division, as Administrative Assistant to the Deputy Chief of the Protective Services Bureau, and as a field supervisor of the Uniformed Services Bureau. In 1991 he left government service to pursue a career in real estate. He is founded his firm Villani Real Estate in Richmond, VA in 1992.

In 2008 at the age of 50, he realized he "missed out" on being a volunteer firefighter during his younger years and joined Gloucester Volunteer Fire & Rescue in Gloucester, VA and "huffed and puffed" his way through Firefighter 1&2 with 18 and 20 year olds. In 2009 he was asked to become corporate Treasurer for GVFRS - a position he held until December 31, 2018. He is ProBoard Certified as an Instructor 2 and teaches Virginia Fire Programs FF1& 2, Basic Pumps, Rural Water Supply, Aerial Driver Operator, Driver/Pump Operator and EVOC.

Tony's mother resided in his childhood home up until her death a couple years ago, and Tony would come up to visit her and bring his Gloucester gear to do "ride alongs" with OCVFC. In 2010, he rejoined the Ocean City Volunteer Fire  Co. and was assigned his father's number "69". He is certified to drive and operate all apparatus and is a fire boat crew member. In 2013 he received the Ralph R. Dennis Firefighter of the Year Award. He previously served on C and D Platoons and is currently a proud "Bandit" as driver/operator on the B Platoon. He was awarded the Alfred E. Harmon Training Award for having accumulated the most advanced training hours in 2018. 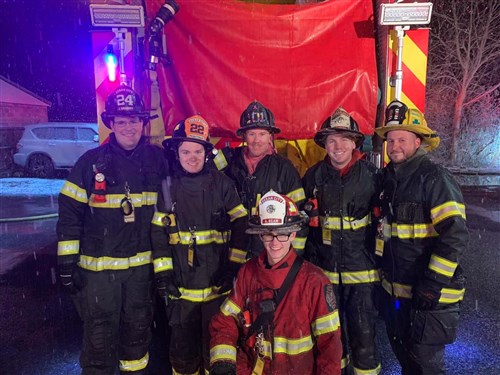