Since its inception, the OCVFC has lost three of its members to line of duty deaths. The first casualty was Fire Chief Ralph Dennis in 1937. Dennis was a founder of the fire company and was the principal of the Ocean City High School. Firefighter Jeffrey L. Dieter was killed in the Saute Cafe blaze of July 16, 1983. The restaurant was located at 123rd Street on the bayside. OCVF Engine No. 4 was dedicated to Dieter's memory on the 20th anniversary of the fire. The third casualty the department suffered occurred on April 28, 1995 when Firefighter Leroy J. Cropper Jr. passed away. Cropper, a Gold Badge member of the department, suffered a heart attack on April 24 during a hotel fire.

We remember an Ocean City hero that was tragically lost in the line of duty on July 16, 1983. Jeffrey Dieter became trapped in the Saute Cafe while battling a fire in North Ocean City.  The fire broke out shortly after 6AM at the Saute Cafe.  In the course of battling the blaze, OCVFC firefighter Jeffrey Dieter, age 24, became trapped in the burning building.  He would become the first Ocean City Firefighter to die in the line of duty in over 45 years

Suffered injuries after a backdraft while fighting fire in the interior of the Saute Cafe Restaurant.

LeRoy Cropper: 4/28/95 - Today we remember Ocean City Volunteer Fire Company's Leroy J. Cropper Jr. who died in the Line of Duty on this day in 1995.  Cropper, a Gold Badge member of the department, suffered a heart attack on April 24 during a hotel fire. Age 52

On April 24, Firefighter Leroy Cropper of the Ocean City Volunteer Fire Department suffered a heart attack after fighting a fire in a hotel. Firefighter Cropper was hospitalized and died on April 28. - gold badge life member of ocvfc

Leroy spent 32 years as a volunteer firefighter for the OCVFC. He was 52 years of age and a Gold Badge Life Member at the time of his death.

The OCVFC was alerted for a building fire at the Plim Plaza Hotel on 2nd Street & The Boardwalk on Monday, 24 April 1995. Leroy helped carry equipment to the fifth floor where he complained of not feeling well. After returning home and not improving, he was admitted to Atlantic General Hospital in Berlin on Tuesday, 25 April 1995.

Leroy was transferred from Atlantic General Hospital to Peninsula Regional Medical Center in Salisbury on Thursday, 27 April 1995 for further testing and subsequent heart surgery. Leroy experienced another heart attack and answered his last alarm on Friday 28 April 1995 at 16:30 Hours.

"After the fire Monday, he just told an assistant fire chief that he didn't feel well and would go home," said Chief Engineer H. Stephen Price. "He didn't think it was a real big deal. I've known him for 25 years, and that's just like him not to draw any attention to himself. He just didn't want to bother anybody.”

"He was just somebody you just liked to call 'friend.' "

Leroy -- described as easygoing, personable and well-liked -- was born in Salisbury and raised in Ocean City. He was a graduate of Stephen Decatur High School and owned Atlantic Towing in West Ocean City for 22 years. Leroy was also an avid snowmobiler, fisherman and hunter.

His wife Marty became a staunch supporter of the National Fallen Firefighters Foundation (NFFF) after Leroy’s passing. She can be found to this day supporting other families who have suffered identical fates and has taken an active roll in the execution of the Delmarva Emerald Society’s Ocean City 9/11 Memorial Stair Climb held each year in October at the Pyramid Condominium.

Ocean City VFC ~ Worcester County ~ Maryland April 28,1995 On Monday April 24, 1995, Ocean City VFC units responded to a reported hotel fire at the Plim Plaza Hotel, Second Street & Boardwalk. Units arrived to find an airconditioning unit on fire in a hotel room on the 5th floor; subsequently, firefighters ,including Captain Leroy J.Cropper,Jr., carried all neccessary ventilation and extinguishment equipment up 5 flights of stairs to the 5th floor. After the fire, Captain Cropper advised his Assistant Chief that he wasn't feeling well and was going home. His condition worsened throughout the night and on Tuesday April 25th he was admitted to Alantic General Hospital having suffered a major heart attack . On Thursday April 27th, Captain Cropper was transferred to Peninsula Regional Medical Center where he was scheduled to undergo coronary artery bypass surgery. Sadly, on Friday April 28,1995, he suffered a fatal heart attack. Captain Leroy James Cropper,Jr. was 52 years old and had served 32 years

Ralph R. Dennis was an organizational member of the Ocean City Volunteer Fire Company, serving as its first assistant chief in 1905. Mr. Dennis was the first Ocean City fireman to die in the line of duty. His death occurred fighting a fire at the George Washington Hotel in 1937

Chief Ralph Dennis ,age 49,died from injuries he suffered from the inhalation of chemicals used to extinquish a chimney fire in the George Washington Hotel. 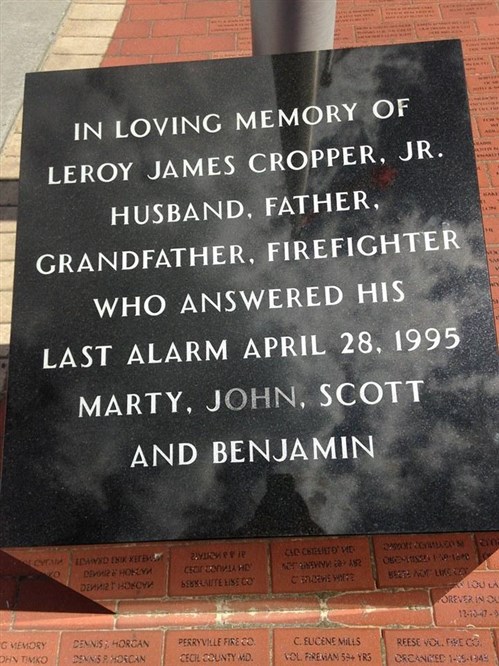 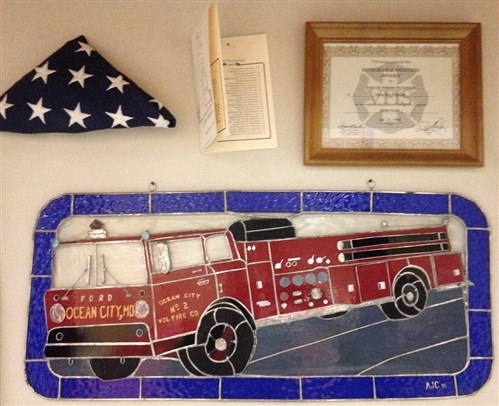 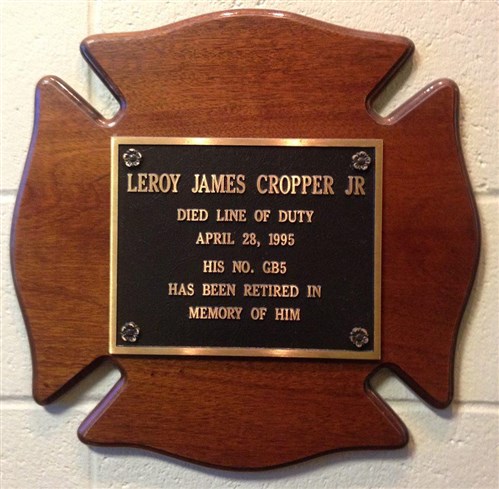 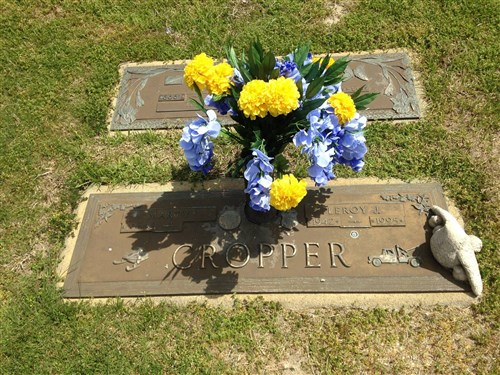 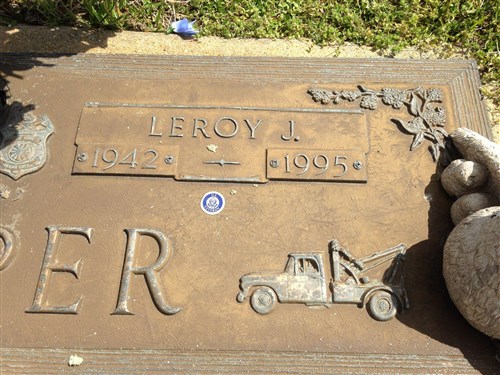 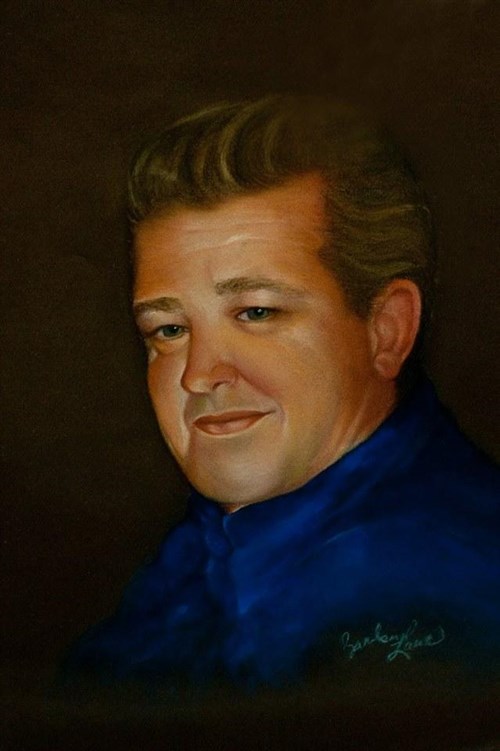 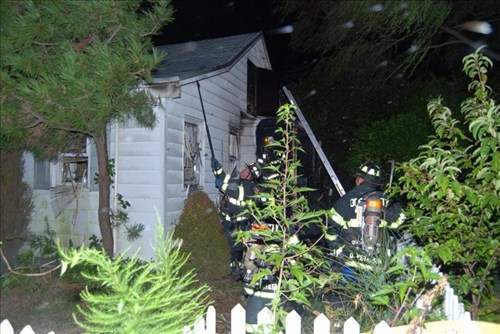